Q4 Projections and 2018 Forecasting of the Job Market

November is a month that brings the arrival of many things: Thanksgiving, the precipice of the holiday season and the realization that 2018 is almost here. In terms of the job market, Charles Schwab explains that Q4 connotes budget discussions, personnel adjustments and year-end money management. Thankfully, these corporate agenda items will be discussed in the midst of the continuing bull market.

But First, Some Q3 Notes

ADP made some interesting notations about Q3 performances in their “Workforce Vitality Index.”

They noted that the companies making the most hiring were the ones that had fewer than 500 employees.

ADP also found that the strong vitality growth in the construction and manufacturing industries has contributed to men having vitality that hasn’t been this strong for three years, even exceeding the vitality of women.

“The market has been very strong over the last few years with our clients looking to hire top talent before the end of the year. And plenty have had the budget to do so,” explains James Martinos, Client Account Manager and Senior Recruiter with Friedman Williams.

James has found that in his experience Q4 has been “consistently strong” and he is expecting this one “to continue the recent Q4 trend with the budget and head counts being strong for hiring. The need to hire qualified candidates with the overall profit growth of companies is driving the market.”

The survey findings were of over 850 hiring managers and human resources personnel that hire within accounting, finance and information technology. Respondents predict job openings remaining prosperous with also reflecting the most successful hiring being done through recruiting firms.

An interesting survey conclusion is that the participants noted that corporate accounting jobs such as financial analysts and tax accountants were the most common accounting and finance job openings, with software development and database administrators being the most common in IT.

Christopher Lee, National Group Manager for Friedman Williams, feels that “leadership positions and client facing roles are more and more available; a slow-down in hiring is not what is ahead.”

Not only will the job market be plentiful but the rate at which companies will be making these hiring decisions will be fast.

“If we have the right candidate, our clients are moving very quickly,” states Martinos of Friedman Williams.

The Curtin/Brilliant survey data makes the same conclusion that “nearly all open positions are of recent origin. Of the 38 percent of businesses that reported open accounting / finance positions, 34 percent have been unfilled for 3 months or less.”

These rates support the current successful job market as employees feel comfortable to make job changes knowing that competitive salary and benefits will be offered and, oftentimes very significant to candidates, a quick hiring decision will be made.

When looking for a job change, deficiencies in current skills are highlighted for candidates as they move through the interview process (if there are any). Survey participants were asked to identify the biggest skill gaps and within accounting and finance, the largest was problem solving, followed by communication. This shows that not only are technical skills important but so is the ability to translate information and opinions.

An important notation about skills within the hiring process is made by Lee’s 2017 experience: “The battle of talent is always a crucial one for clients. Many clients are driving their hiring with the most interpersonally qualified candidates, even if they are lacking some of the technical proficiencies needed for a position. They desire the will, the drive for learning and the demonstration of a focused work-ethic and can train in areas not yet developed. This has been even present in 2017 and I see this trend continuing in 2018.”

As strong and stable as Q4 is projected to be, the recent hurricanes will have an impact on the economic data, albeit not at an overwhelming rate. Charles Schwab explains that since the economic numbers have been steadily increasing, rebuilding in the affected areas may constitute a short bump, but will overall not largely affect the economic numbers other than a slight downward curve. In their National Economic Outlook of September 2017, The PNC Financial Services Group noted that gasoline prices were most affected by Hurricane Harvey this past September.

As with any optimistic outlook, there are usually cautionary factors to consider. Charles Schwab thinks that the bull market is here to stay for the time being and will begin to change to a bear market when the stock market begins to sense a recession.

PNC and the Curtin/Brilliant survey are reporting on the tightening of the labor market.

James Martinos has found that in his experience “great candidates are always in need, more so now than ever. The labor market for highly qualified candidates is thin and our clients are relying on us more than ever to find the skilled candidate for their open positions.”

James’ experience supports the survey result of recruiting firms having the most placement success. As the survey points out, companies oftentimes have to pay a higher salary to replace an employee than if they were continuing that person’s modest wage increase.

Inflation as a Factor

Charles Schwab explains that the factor of inflation could come into play in Q4: the “key to watch will be whether traditional measures of wage inflation starts to take hold…” Charles Schwab expert Kleintop further investigated the issue of inflation and found that the current bull market may be undermined if central banks aggressively anticipate inflation through the tightening labor market, specifically the global labor market. He explains that since the current unemployment rate hasn’t been this low since 2001, wage inflation can start to increase at a faster rate next year if unemployment dips even further.

Thumbs Up for Moving Forward

In their Economic Outlook, Edward Jones assesses the current economic climate as indicators for what will most likely happen in the near future. They anticipate the economy to experience continued growth with regulatory relief, confident consumers, low interest rates, wages continuing to modestly grow and increases in spending due to the unemployment rate lowering.

The possibility of tax cuts may even improve the 2018 numbers even more if it comes to fruition.

Christopher Lee anticipates that “projects and initiatives are continuing from the previous year and being green-lighted for the current year. Our business is accustomed to seeing an uptick in hiring during this time of year; our clients want their new and key team members in place early in the year, helping to drive these projects forwards towards the desired results.”

The PNC Financial Services Group published their National Economic Outlook this past September and their findings align with those of Edward Jones. They anticipate the Real GDP to increase as well as the amount of payroll jobs (Real GDP has been increasing steadily since 2016).

PNC details that “with solid fundamentals for consumer spending, business investment, and the housing market, the U.S. economy will continue to expand throughout 2018. Real GDP growth will be 2.2 percent in 2017 and accelerate to 2.7 percent in 2018, with support from rebuilding, expected tax cuts, and an expanding global economy.”

In terms of the job market, no matter what year or time of the year, Lee explains that “our recruiters know that constant education and reinforcement of critical market information leads to everyone’s desired career results.”

In short, the current and predicted near future is ripe for exploring the job market and feeling confidence about how the stock market has and will continue to perform.
—–
Sources:
“ADP Workforce Vitality Index 3rd Quarter 2017.” ADP, 20 Oct. 2017. <http://workforcereport.adp.com/2017/3/wvi.aspx>

Kleintop, Jeffrey. “Infation May Be The Biggest Question For Investors in 2018.” Charles Schwab, 5 Oct. 2017. <https://www.schwab.com/resource-center/insights/content/inflation-may-be-biggest-question-investors-2018> 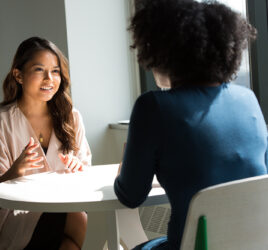 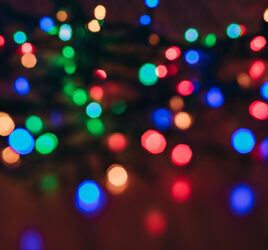 The Key to the Cover Letter