Joe Harpaz, a Contributor for Forbes, explains that “at roughly 500 pages, the bill contains hundreds of changes to the U.S. tax code, re-configuring everything from individual income tax brackets to the individual mandate requiring every American to carry health insurance. But the real star of the show is corporate tax.”

The reason for corporate tax getting so much positive attention is because the rate was lowered from the current 35% to 21%, according to Forbes.

Craig Richards for the Fiduciary Trust International details that the bill “attempts to encourage capital spending by allowing companies to immediately deduct 100% of their expenses for qualified property that is purchased between September 27, 2017 and January 1, 2023.”

No matter an individual political opinion, a lessened corporate tax rate that spurs on business and helps grow the economy is a plus.

Dinesh Kanabar for The Economic Times says that the bill makes the “US corporate tax rate extremely competitive and will promote substantial growth.”

The New York Times’ Jim Tankersley, Thomas Kaplan and Alan Rappeport explain that “the bill is heavily weighted toward business, which would receive about $1 trillion in net cuts…”

Tankersley et al. included Speaker Paul Ryan’s opinion: “with this plan, we are making pro-growth reforms, so that yes, America can compete with the rest of the world…”

The U.S. Chamber of Commerce’s Chief Policy Officer, Neil Bradley, refers to the bill as a “home run for economic growth,” according to The New York Times.

In an article for the Wall Street Journal, Richard Rubin and Siobhan Hughes noted that business groups are “praising the decision to cut the corporate tax rate starting next year as well as the elimination of the corporate alternative minimum tax.”

Andrew Schmidt, an accounting professor from North Carolina State University who concentrates on taxes, was featured in the WSJ explaining that “unquestionably, these guys have to be jumping for joy…I can’t think of any business-oriented group that has not been pushing for this for the past 15 years.”

Perhaps a central reason for the passage of this tax bill is a compilation of all these reactions, and is embodied in President Trump’s opinion, found in the Wall Street Journal: “our current tax code is burdensome, complex and profoundly unfair.”

Because of the intricacies of the complex bill, the actual implementation of the new tax bill will require quite a lot of work. Aspects of a company’s finances that will be affected, according to Forbes, are global trade strategy, earnings forecasting and capital expenditures.

Harpaz explains that the tax bill “also contains special provisions that let U.S. companies repatriate their foreign earnings back into the U.S. at a reduced tax rate.” The reduced rate that Harpaz mentions is 12% for cash and 5% for illiquid assets, as explained by Richards in the Fiduciary Trust International.

The result of this, explains Kanabar, is that “US corporates will have no incentive to leave profits overseas, and would rather get them to the US.” The impacts on foreign money is important as the more money that comes back to the US, the better off our economy will be.

Going into more detail, Richards discusses that “any dividends a business receives from an overseas subsidiary could also be deducted as long as the company owns 10% or more of the foreign corporation.”

Tankersley et al. for The New York Times delves into the reasoning, discussing that “the effort is aimed at preventing companies from shifting profits abroad and grabbing back some of the tax revenue on income earned overseas…the White House has said more than $2.5 trillion in American profits are held offshore.”

The bill is not only structured to provide incentives to bring back foreign/offshore money to America, but it includes a financial penalty for sending money back overseas. Tankersley et al. note that “it would also force American subsidiaries of foreign-owned companies to pay a 20 percent excise tax on any payments send back to foreign affiliates.”

In discussing steps that companies should take, Deloitte suggests that “companies should confirm there is appropriate documentation of existing E&P, tax pools, and foreign tax credit carryforwards.”

Joe Harpaz spoke with a group of well over 1,000 tax professionals that work on corporate and trust taxes and found that about 30% are taking a “wait and see” approach to the changes that will be coming forth from the bill, about 14% are explaining the impacts to their company and about 5% are discussing the tax bill with their senior management and Board.

Just like last month’s GAAP change article (https://wp.me/p7umfi-22) explained, it is very important to keep upper management, the Board, and key stakeholders in one’s company abreast of salient financial updates and changes.

Deloitte highlights that the “bill would require companies to remeasure their deferred tax assets and liabilities as of the date of enactment. Any tax effects resulting from enactment would need to be accounted for in the reporting period of enactment.”

A second recommendation from Deloitte is that “companies should confirm there is appropriate documentation to support adjustments to the resulting deferred tax, income tax payable or income tax receivable balances.”

The same group of tax professionals that Harpaz spoke with also elaborated on how their accounting strategies will be reformed. As he reported it in Forbes, “59% said they were already considering near-term actions…11.2% said they are planning to accelerate or defer expenses, 4.1% are planning to address their offshore assets…”

It will take awhile for each company to become adjusted to the intricacies of the new tax bill, but 2018 is starting with a corporate tax cut that will create business incentives and maintain a strong economy. 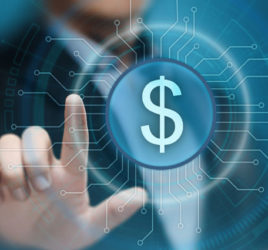 Finance in the Age of Digital Transformation